The PillCam video capsules (Capsule endoscopy)– The PillCam is a tiny camera fitted inside a pill shaped (and sized) capsule, which when swallowed by a patient, takes and transmits pictures from inside his gastrointestinal tract. The invention allowed doctors to examine areas of the intestine that cannot be seen by other types of endoscopy in a much less painful and more patient friendly way.

A robot that performs spine surgery – SpineAssist, a robotic tool for back surgery which guides doctors through spinal cord operations, reducing the time of the surgery and the exposure to radiation.

Optical Heartbeat Monitor – This patent pending medical technology will allow to detect the temporal shape of the heart beat signal (similar to ECG signal) from as far as a few meters, using a small laser light source and a fast camera. It could be used to diagnose soldiers’ medical condition in the field, from afar, and has other potential applications in non medical fields.

Earlysense Smart Hospital Bed – EarlySense, is a contact-free continuous patient monitoring solution, that tracks patients heart rate, movement and breathing in rehabilitation homes and hospitals. It immediately transfers data to caretakers and stuff and allows them to potentially prevent adverse events such as reducing the risk of patient falls or preventing bedsores.

The world’s first solar window – a photovoltaic transparent glass unit that can be integrated into conventional building design and construction. Pythagoras Solar, its manufacturer, offers the first photovoltaics that are energy efficient, transparent and generate solar power, helping to enable the vision of self-powered buildings and are also aesthetically pleasing.

Elya recycling, an Israeli company has invented and patented a recycling method that allows recycling used plastic bags into raw material that can be used in the manufacturing of plastic products. The new raw material has various levels of flexibility and strength and has been used in the creation of handbags, purses etc. Their technology uses polyethylene bags and recycles them in an environmentally friendly way, which requires less energy than current prevalent methods.

Israeli inventions on the road

Helping drivers navigate the road – Mobileye invented ‘computer vision’ algorithms that when integrated into a tiny digital camera, are able to interpret a scene in real time, as its being captured by the camera on video. The software application links to the steering system, and sounds an alert when a driver is about to change lanes inadvertently, detects pedestrians, and warns of an impending forward collision.

Intel processors – The world first processors, the 8088 computer processor, MMX technology and the Centrino mobile technology, were all invented by Israeli engineers in Intel’s Israel branch, the international development center for Intel worldwide.

Disk on Key – The first portable storage device made by SanDisk, is widely attributed to Israeli Dov Moran of M systems. The invention idea for the USB disc on key, an enhancement of the disk and diskette technology, using flash memory and a USB interface for connection to personal computers, supposedly came to Moran’s mind in 1998, after experiencing problems with his computer during a presentation to investors.

Voice Over Internet Protocol (VoIP) technology – This new concept of communication, which revolutionised the communication industry and allowed for a new inexpensive and effective way of communicating globally is accredited to Alon Cohen and Lior Harmati, co-founders of Vocaltech Communication, the first VOIP company from Herzliah, Israel.

Inventions from Israel for the utilities industries preventing damages from current surges – The keeper was developed by GridON, is a three-phase Fault current limiter, which blocks surges in electricity currents and limits the current for as long as required to clear the problem.

Like-A-Fish – true to its name this company invented air supply systems that extract air from water. It targets scuba divers, leisure and professional ones, from the need to use a water tank.
A bike that is also a stroller – Taga bikes are bikes connected to a stroller or a pushchair, that can be transformed to a regular stroller, allowing parents to ride behind the child outside, but turn their bikes to strollers once they enter closed spaces.
The first electric hair remover (epilator), Epilady, was invented in Israel in 1986, and has since become a staple in the beauty care market.
Babysense – a baby’s breathing and movement monitor that is designed to prevent crib death. The device monitors the baby’s breathing and movement through the mattress during sleep, and activates a visual and auditory alarm if the baby ceases to breath for more than 20 seconds or his breath slows to less than the safe/healthy standard.
BriefCam – is a video technology that allows viewers to quickly review and index full length video footage by showing events and objects that occurred at different times, concurrently. Its main use: the ability to see the essential parts of a security camera recording, in a few minutes.

So go ahead, give all these up if you think you can live without them. 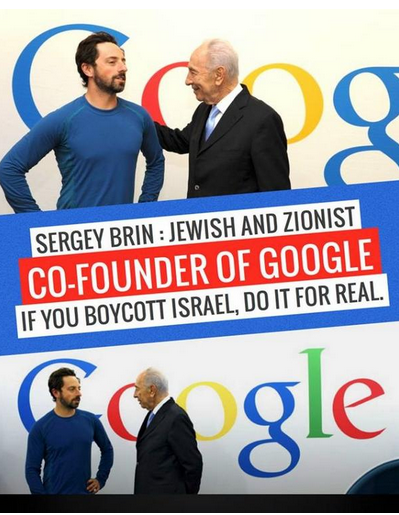 RECOGNISING ANTISEMITISM A guide to the language, themes and imagery of ‘the oldest hatred’

This site uses Akismet to reduce spam. Learn how your comment data is processed.